The first thing you'll notice about cricket bowlers is that -- unlike pitchers in baseball -- they don't actually throw the ball. They're called bowlers because, well, they bowl the ball to the batsman. (And, in the early days of the sport, it was bowled underhand.) This means that the ball is delivered with an essentially straight arm. The elbow is allowed no more than a 15-degree bend at any point in the delivery. 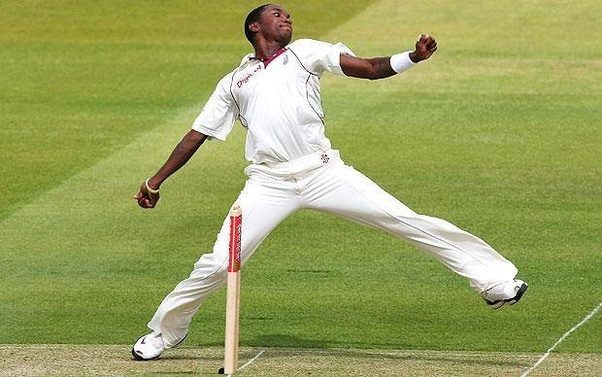 This does a couple of things. First off, it doesn't allow a bowler to deliver a ball at the same speed as a pitcher in baseball. By taking movement at the elbow out of the delivery mechanics, you're essentially removing a major component -- and power generator -- from the process. Top baseball pitchers have incredible range-of-motion around both the shoulder and elbow joints that allow them to essentially slingshot the ball toward the plate. That said, the fastest balls in cricket history still have been measured right around the 100-mph mark. 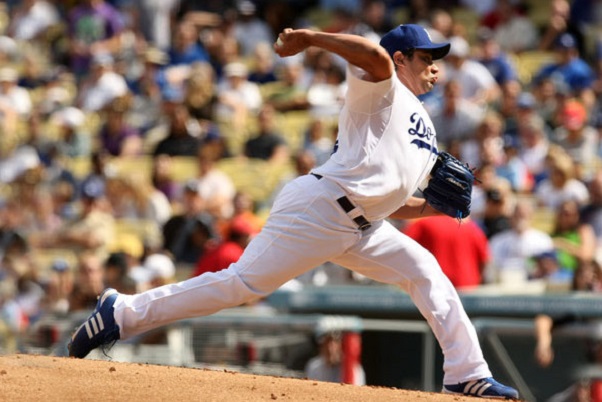 One benefit of this delivery style is that it almost completely removes the need for Tommy John surgery among bowlers. Sure, there are lots of shoulder issues and injuries -- as you'd expect from any repetitive arm movement -- but very few people in the cricket world have any idea who Mr. John is. I only found one reference to Tommy John surgery in cricket and it was performed on an Australian cricketer who was known far more for his batting than his occasional bowling.

(Semi off-topic: I haven't decided if it'd be cool or not to have a surgical procedure named after you.)

And while fewer injuries is cool, it's not the coolest difference between bowling in cricket and pitching in baseball!

In baseball, the pitcher -- especially the starting pitcher -- is the constant. It's the goal of the batting team to not only score runs, but to also knock the pitcher out of the game. If Clayton Kershaw is pitching for the Dodgers, he's facing a rotating lineup of batters that are trying to rough him up enough early to get him taken out of the game. If this happens, the entire complexion and momentum of the contest has changed.

In cricket, it's the other way around. The batter is the constant. Batters are up only once per match (or twice in a multi-day Test match). If India is expecting Virat Kohli to score 50, 100, or even more runs in a match and he gets out early, the whole tone of the game has changed. (And Virat Kohli is the most famous athlete in the world that you've never heard of.) 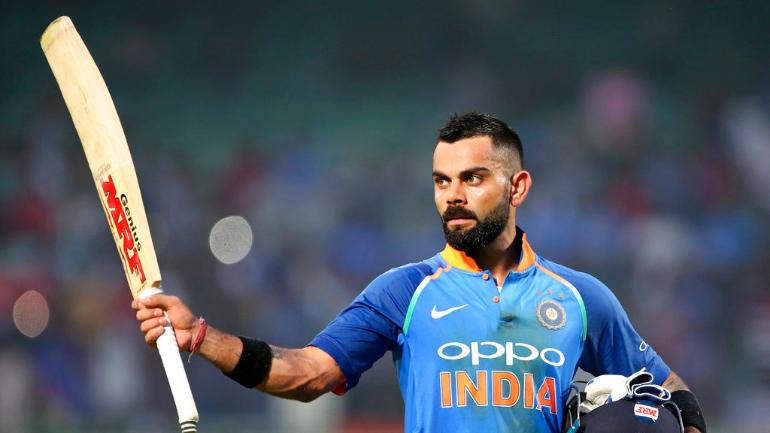 So, what you have in cricket is a rotation of bowlers trying to get the batter out. Here's where you'll have to get used to some slightly new math.

Cricket is measured in "overs," which are nothing more than sets of six delivered balls. You can almost think of them as "at-bats" for bowlers. One bowler will come in and bowl a six-ball over and then he's replaced by another bowler who comes in and delivers six balls. I'll go into this, as well, in the sections on batting and game formats.

A twenty-overs game will see each team facing 120 balls -- 20 overs made up of six bowled balls. Similarly, a 50 overs game will have each team face 300 balls. Watching a game, you're constantly aware of how many overs have been bowled and how many are still left. So, if nothing else, watching cricket will really sharpen your multiplying-things-by-six skills.

Again, since it's the batter that's facing a rotation of bowlers, you can think of each six-ball over a bowler throws as being similar to a hitter's at-bat in baseball. The "base six" counting that you need to keep track of balls during each bowler's over isn't that difficult a concept to grasp once you get used to it. It's not a lot different that the way we tell time. If the clock says 2:50, we know that it's not telling us that we're halfway between 2:00 and 3:00. Similarly, if the TV screen says a bowler has thrown 2.5 overs, it doesn't mean he's halfway through his third over; it means he's thrown five of his six balls for the over. (There's way more about watching the game on TV in the Understanding the TV Screen blog!)

A typical team with have five or six players that will take turns bowling in a variety of different styles. A bowler isn't allowed to bowl consecutive orders.

Pace bowlers throw fast. Since there's no pitching rubber to push off of, pace bowlers -- or "quicks" -- will use a long run-up to generate momentum for their delivery. Imagine Chris Sale starting to run toward the plate from shallow center field and then firing the ball when he reaches the pitcher's mound.

Just like in baseball, not everyone can throw pure gas. Pace bowlers will also use what's called "swing." These balls are the curve balls and sliders of cricket. Delivering the ball with a lot of spin on it at high speeds will cause it to move and break in the air. Add in the bounce off the pitch and you've got a confounding ball to try to hit.

Spin bowlers throw far less hard than pace bowlers, but deliver the ball with incredible control and precision. Their goal is to bowl closer to the batsman's feet and with enough spin that when it hits the ground, it takes a difficult-to-predict bounce towards the wicket or the batsman's legs. (And remember, if the batsman uses his leg to block the ball from hitting the wicket -- either intentionally or unintentionally -- he's out.) The best spin bowlers have the ability to make the ball appear to be spinning in one direction when it's actually spinning in the other direction.

Greg Maddux would have been a good spin bowler.

Again, the goal of the fielding team is to get the batsman out before he can do a lot of damage. One of the best ways to do this is to keep him off-balance by bringing in bowlers of different styles and speeds every six balls.