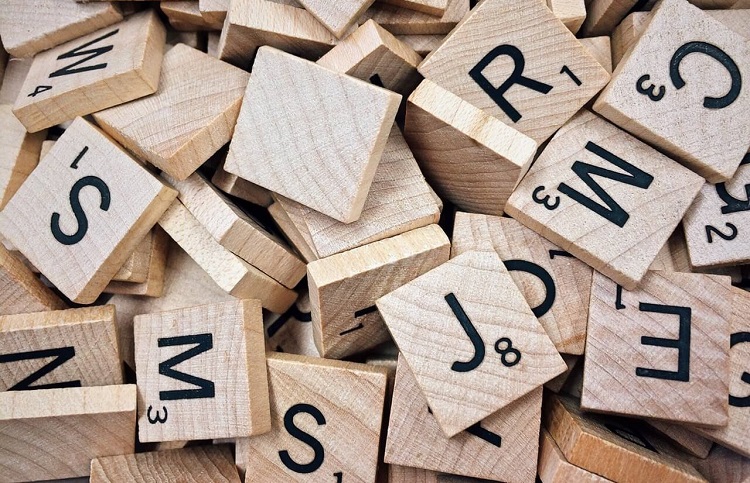 The CricAmerica 40: The Only Jargon You'll Need to Know

Cricket is famous for its jargon and terminology. In fact, a lot of people think they'll need to learn an entirely new language just to be able to watch the sport.

Fear not! After watching thousands of hours of cricket over the past few years, I've come up with the 40 most used words and phrases that you'll need to know in order to watch, understand, and enjoy the game. I've omitted terminology that doesn't come up too often and I may have simplified things in some cases, but if you can get a handle on these 40 terms, you should be good to go.

(Of course, you should also check out the Rules section of the CricAmerica site if you haven't done so already!)

All-Rounder -- While, generally, players specialize and focus on either batting or bowling, an All-Rounder is someone who's pretty good at both.

Batsman -- The player currently batting. Also known as the Striker and, more increasingly, the Batter.

Bouncer -- A ball that's bowled shorter down the Pitch so that its bounce will be head-high to the batsman. You'd think it'd be illegal, but it isn't!

Bowler -- The player bowling the ball. The "pitcher."

Crease -- Technically, the Popping Crease. This is the combination batter's box/pitcher's mound on each end of the pitch.

Duck -- When a batter is retired without scoring a run, it's referred to as a Duck. When it happens on the first ball bowled to the batter, it's a Golden Duck.

Duckworth-Lewis -- An amazingly complex mathematical equation used to figure out how to determine a winner in a rain-shortened match. If you think you understand it, you're probably wrong.

Economy Rate -- A statistic for bowlers that measures runs-per-over. Economy Rate is the number of runs a bowler has given up divided by the numbers of overs he's bowled. See OVER.

Extras -- Any runs credited to the batting team that weren't the result of a ball being hit. See Wide and No-Ball.

Fixtures -- Another word for "schedule." If you're looking for upcoming matches on a team's website and can't find them. Click on "Fixtures."

LBW -- This stands for Leg Before Wicket. If it's determined that the batsman used his leg or leg pads to prevent the ball from hitting the wicket, the batsman is out. They have some really cool tech they use to project what would have been the trajectory and angle of bounce of the ball.

Leg Stump -- Of the three vertical stakes that make up the Wicket, the Leg Stump is the one closest to the batter. It defines "the inside part of the plate."

Maiden -- Usually refers to an over delivered by a bowler in which no runs were scored. It can also refer to a player's first time playing with a team or in a new format.

Mankad -- Seemingly a pick-off move where the bowler stops mid-delivery and puts the non-striker out if he sees him in front of the crease line. Don't be fooled, though! It's a lot deeper than that. Unless you really want to discuss moral philosophy, don't bring up Mankading.

No-Ball -- A ball that's illegally bowled. The most common No-Balls occur when a bowler's front heel lands in front of the crease or when a bowled ball doesn't bounce and passes the batter above waist height on the fly. The batting team is awarded a run and -- in shorter versions of the game -- the batter gets a Free Hit -- an extra bowled ball that can't result in a wicket.

Non-Striker -- The member of the batting team who is not currently hitting.

Off-Stump -- Of the three vertical stakes that make up the Wicket, the Leg Stump is the one furthest from the batter. It defines "the outside part of the plate."

ODI -- One-Day International. A form of the game where each team bats once and faces 50 overs -- or 300 balls.

Over -- The basic unit of bowling. Six balls make an Over. Think of an Over as being like an "at-bat" for the bowler.

Partnership -- The relationship between the two members of the batting team that are currently on the field. Often, scores will be given by Partnership: "The partnership of Lewis and Fletcher was good for 62 runs."

Pitch -- The 66' x 10' strip in the center of the field where the bowler-batsman confrontation takes place. There is a Wicket and Crease on either end of the pitch.

Powerplay -- In limited overs cricket (T20 and ODI), during certain overs, the number of fielders that can be in the outfield (outside of the 30-yard ring around the pitch) is restricted to allow for more scoring opportunities.

Run -- The basic unit of scoring. The batting team is credited with a run every time the two on-field members of the batting team cross the pitch and reach the opposite wicket after a ball is put in play. Four runs are credited for a batted ball that reaches the boundary. Six runs are credited for any ball hit over the boundary rope on the fly. For reference, a typical score for a T20 match is in the 140-200 run range. For a 50-over ODI, it's 200-300 runs and for Test cricket, it's in the 400-600 range.

Run-Chase -- This refers to the last innings of a match where the batting team is "chasing" the run total of the other team.

Run-Rate -- A statistic referring to the number of runs-per-over -- or runs-per-six-balls -- that a team is scoring, In Test cricket, it may be as low as two. In T20, it can easily be above ten.

Run-out -- One of the more common way for the batting team to lose a wicket. It's basically a ground out. After a hit ball, if the fielding team knocks over the either wicket before the runner can get his bat across the crease line, he's out.

Sixer -- A "home run" that clears that boundary on the fly. It's worth six runs. It's far more common in shorter forms of the game than it is in Test cricket.

Slip -- The fielding position slightly in back of and off to the off-side of the batsman. Slip fielders are looking to catch "foul tips" off the bat. Because of the nature of the game, you'll see far more players at the Slip position -- sometimes as many as three or four -- in Test cricket than you will in shorter formats of the game.

Spin Bowling -- A type of bowling that's less about speed and more about unpredictability. A Spin Bowler will put an amazing amount of wrist and finger spin on a ball designed to bounce just in front of the batsman's feet. The best spin bowlers can make the ball spin towards the leg stump or away from the leg stump without changing their delivery motion discernibly.

Strike Rate -- A statistic for batsman that measures runs-per-100-balls. It's a far more important measurement in shorter versions of the game where the number of bowled balls is limited.

T20 -- A twenty-overs game in which each team faces 120 balls. It's currently the shortest and most popular version of the sport. The Hundred debuted in 2021. It's a slightly shorter 100-ball per side game. Only time will tell if people really care or not.

Test Cricket -- The oldest and longest form of the game. In five-day Test cricket, each team bats twice. Beginners might find Test cricket's slower and more nuanced pace to be tough to understand, but -- eventually -- it will become your favorite form of the game. Test is always capitalized.

Wicket -- There are a few meanings. The Wicket is the set of three stumps and two bails that are set up on each end of the pitch. The batsman's job is to defend the 28" tall Wicket. It's also a measurement word for the number of players who have been put out on the batting team: "Sri Lanka has given up three wickets." It's also sometimes used to refer to the pitch itself.

Wicket-Keeper -- Essentially the "catcher" on the field. He's the only one allowed to wear any gloves.

Wide -- A bowled ball that's ruled to be unhittable. It's either too far outside or too far inside. And unlike baseball, where if a ball gets pitched behind a batter's back, both benches look for a fight, in cricket, it's just a free run for the batting team with no punches being thrown.